What is sexual exploitation?

Child sexual exploitation (CSE) is a type of sexual abuse in which children are sexually exploited for money, power or status.

Sexual exploitation can involve swapping sexual favours for drugs, alcohol, cigarettes, and other presents. Or it may be having sex for money with several adults. Young people may feel they must have sex because an adult gives them something, or because they feel threatened or frightened.

Some young people may want to have sex because they think the adult is their boyfriend or girlfriend. In reality they are being used for sex, and the ‘boyfriend’ or ‘girlfriend’ may pass them on to other people too. (Remember – sexual abusers can be women, as well as men.)

Sexual exploitation can also occur without any physical contact with children being groomed to post sexual images of themselves online or take part in sexual activities via webcam or smartphone.

How does it happen?

We know from experience that some grown-ups target young people and draw them into abusive sexual relationships. This is how it works:

This report looks at the progress that has been made in trying to stop child sexual exploitation in England since our Inquiry in 2011-2013.
http://www.childrenscommissioner.gov.uk/sites/default/files/publications/CYP%20version%20CSEGG%201%20year%20on%20website.pdf

If you or someone you know is affected by child sexual exploitation, your priority should be to get help as soon as you possibly can.

The person concerned may be worried about not being believed, or being judged. It’s important to remember that child sexual exploitation is never their fault, no matter how or why it happened.

Child sexual exploitation is a crime and there are several organisations, including Barnardo’s, that have special, expert services that can help those affected.

If you believe a child is in immediate danger, call the police on 999.

Worried about talking to us?

We understand it can be scary to come forward about child sexual exploitation, and it’s hard to know who to trust. Our expert staff can provide a safe, confidential environment, so victims can get all the help they need.

Barnardo’s is committed to helping young people break away from abuse, so they can look forward to the bright and exciting future they deserve. 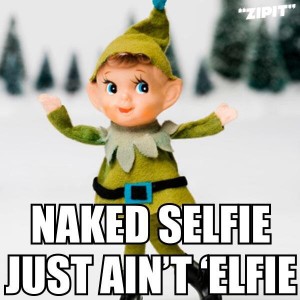 What does Zipit do?

If someone’s trying to get you to send them naked images of yourself, use the images on Zipit to keep the situation in control.

Zipit helps you get flirty chat back on the right track. It’s packed with killer comebacks and top tips to help you stay in control of your chat game.

You can also share images from Zipit through other apps like Whatsapp or Instagram, depending on what kind of phone you have and what apps you have on your phone.

Organisations that can help 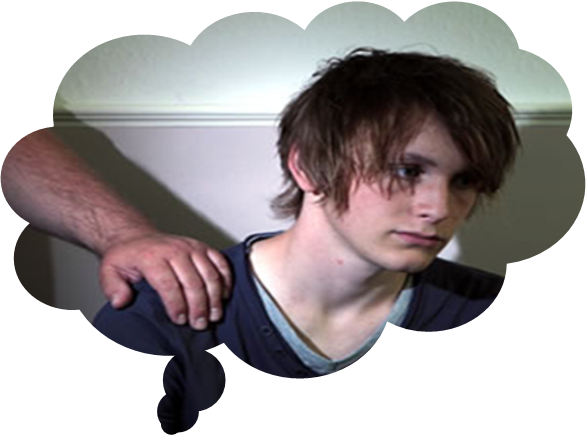 Over the summer of 2015 researchers from the International Centre asked 45 children and young people across England, who had come into contact with the police because of safeguarding concerns, to tell them what the police did well and what they needed to do better. They were asked to do this work on behalf of Her Majesty’s Inspectorate of Constabulary (HMIC) as part of their child protection inspection programme. A report resulted which gathered young people’s experiences of criminal justice responses to child sexual exploitation

So what did they say?

The majority of participants recognised the contribution police could make in terms of ensuring a child or young person’s safety and pursuing perpetrators. The vast majority, however, would not directly approach the police for such support unless in immediate danger, preferring to have this access mediated through an individual they already knew like a trusted friend, family member or professional such as a teacher or a youth worker. Identified barriers to directly seeking help from the police included: being scared of the police; fear of repercussions; a lack of control over the information shared; fear of not being believed or of being treated like a criminal; and previous negative experiences of the police.

“There was a lot of things which I did want to go to the police for, but I was just too scared” (16 year old young woman)

Most of the children and young people that they spoke to felt that the police don’t always treat young people fairly and that some young people are treated less fairly than others. This can be because of their ethnicity or gender, or because of their, or their family’s, history with the police. This holds clear implications for their propensity to seek, or accept, support.

We need to listen to young people…they’re the experts

In the summer of 2014 the ‘Our Voices’ team at the International Centre partnered with various projects across Europe to run a series of consultations with ‘Youth Advisors’ across Albania, Bulgaria and the UK. Forty-seven young people, aged 11 to 25, took part in these consultations. The sessions looked at how to prevent sexual violence; what stops young people talking about these experiences; and accessing relevant support. This post highlights some of the messages of the report.

The Youth Advisers identified a number of barriers and challenges that prevented young people from understanding sexual violence and accessing support. These included:

A short report about the findings can be found here;

A film by a group of young people from different areas in London shot over two weeks in August 2013.

Love, Sex, Conflict is their response to issues associated with young women and men, gangs, sex and relationships.

For two weeks in December, the HSCB organised for the theatre production of ‘Chelsea’s Choice’ to visit high schools in Harrow, both colleges, the youth development team and also they ran 2 workshops with staff from across Harrow. Over 2,700 young people watched the performances, 80 staff members in the professionals’ sessions, plus teaching staff on the day and 30 CSE Training champions.  The HSCB is currently collecting feedback from young people who saw the production but the report below was written by Stanmore College and the Harrow Youth Parliament created a short recording gathering feedback from young people who watched the performance.

At the end of the performance we gave out these CSE safety cards for all those who watched the performance. More can be ordered for free directly from Harrow SCB if you work in Harrow with young people: LSCB@harrow.gov.uk

What is ‘Chelsea’s Choice’?

Chelsea’s choice is an innovative 35 minute long theatre play highlighting the very serious and emotional issue of child sexual exploitation. The production shows how young people, boys and girls, are groomed by adults for the purposes of sexual exploitation using various methods, ensnaring young people and eventually taking complete control and dominating their whole lives. Students gained a better understanding of the devastating impact that sexual exploitation has on a young person’s life

These are the key points that young from Stanmore College drew from the ‘Chelsea’s Choice’ performance:

The most important point for young people is talk to someone, staff at college/school, parents, someone at home, or a helpline such as #SaySomething or the police.

Normal friendships are healthy relationships – you shouldn’t have to change yourself, what you like or be turned against your family or friends.

Don’t be afraid to tell a responsible adult – it’s not your fault even if someone tried to make you believe it is.

You could have heard a pin drop in the Main hall at the College, such was the interest and attention shown by the young students. When it comes to safety and dealing with difficult situations growing up, this was certainly one of the most useful seminars the College has hosted.

L2 Student comments:
“They need to go to every high school and college”
“Parents need to see this show”
“The actors were really good at telling it as it is for us today”
“I feel sorry for the girl in this story”

L3 Learner comments:
“it was wicked”
“Builds awareness for teenagers, abit younger than us”
“ Good way to learn something through a drama”
“Before hand when we were told we were going to watch a play, we thought it was a joke, however when it came to watching it, everybody’s opinion changed a lot”.
“Afterwards it spiked a big discussion between peers in my group”.

Tutor comments on the performance:
Our students were totally focused on the performance. Actors were very loud in places, but this was necessary to get the point across. Pitched at this age group very well. Liked that there was a discussion and question time after the performance so that students could voice their opinions or concerns.

The helpline is run by the charity Missing People, in association with the National Working Group Network, and is funded by the Department of Education. Callers will be offered advice and, where appropriate, necessary or requested, access to the police to ensure protection and safeguarding.

Barnardo’s Wud U? App

Wud U? is a free educational tool that aims to show young people the behaviours that could put them at risk of being sexually exploited, through illustrated, interactive stories.

Wud U? will help you to present sensitive issues to your group of young people. You will be able to discuss the decisions they would make if they were in the same situations as the characters in the stories. The app also offers advice about these decisions.

The Wud U? app will help you to:

Barnardo’s would like to thank Microsoft and the young people we work with for helping us to develop this app.

Protecting children from harm: A critical assessment of child sexual abuse in the family network in England and priorities for action

It’s not okay for someone to manipulate you into doing sexual things for their own or someone else’s benefit. If you’re under 18, this is called child sexual exploitation and it is against the law.

This website contains information for young people, parents, carers, and professionals. Report child sexual exploitation to the police by dialling 101. If you or a young person you care about is in immediate danger, dial 999.

Lots of young people have been contacting Childline about their relationships. Now you can get advice and support to help them work out what feels right.

Watch: The Game and The Party films