What is Child Sexual Exploitation?

CSE is when an abuser usually referred to as a perpetrator, manipulates, coerces or forces a child or young person into performing sexual acts. Perpetrators are usually older males, but they can sometimes be of a similar age or be female. Perpetrators are very sophisticated in the way they operate, meaning what they do is well thought out and planned.

A perpetrator will know areas to target. They are skilled in approaching children or young people in person or may use a younger man or woman or boy or girl to make the initial contacts. Some use the internet or mobile phones to engage the child or young person.

The perpetrators aim is to develop some form of power and control. To do this the perpetrator may use threats and/or violence, introduce them to alcohol or drugs and create a dependency, or make the child or young person feel special through attention or gifts, or pretend to be their boyfriend or girlfriend, they will also aim to alienate them from their friends and family. This is sometimes referred to as the grooming process. Because of the grooming process children or young people don’t usually know that they are being drawn into sexual exploitation or realise that the situation they are in is abuse.

Every year thousands of children and young people across the UK are involved in Child Sexual Exploitation (CSE). CSE can happen to any child or young person no matter what their background, culture or where they live. CSE is a form of abuse. The child or young person is a victim and under no circumstances are they to blame or at fault.

Pages
What signs can a parent look for?

Teenage behaviour is changeable but more common signs of CSE are:

¢ truanting or not engaging in education, reduced achievements.

¢ having unaccounted for gifts or possessions.

¢ increased use of mobile phone and /or internet

¢ being collected /dropped off in unknown cars/taxis

What can a parent do?

Try to prepare your child for life’s challenges; talk to them about healthy and unhealthy relationships, potential risks, what to look out for and who they can talk to if they are unsure.

On a practical level be alert to the possible signs of CSE: how often are they returning late? where are they going? what is their behaviour like before and after? are they being picked up/dropped off by different cars? if so try and get a physical description and/or registration number.

Exercise caution around older friends or associations with other young people where there appears to be a power imbalance or some form of control. Make sure you understand the risks associated with your child being on line and put measures in place to minimise these risks.

If you or someone you know is affected by child sexual exploitation, your priority should be to get help as soon as you possibly can.

The person concerned may be worried about not being believed, or being judged. Its important to remember that child sexual exploitation is never their fault, no matter how or why it happened.

Child sexual exploitation is a crime and there are several organisations, including Barnardos, that have special, expert services that can help those affected.

Harrow Children Services Golden Number is available to everyone, and gives people one number to call for information or advice on services for children, young people and their families.

If you believe a child is in immediate danger, call the police on 999.

Worried about talking to us?

We understand it can be daunting to come forward about child sexual exploitation, and its hard to know who to trust. Our expert staff can provide a safe, confidential environment, so victims can get all the help they need.

Barnardos is committed to helping young people break away from abuse, so they can look forward to the bright and exciting future they deserve.

Organisations that can help 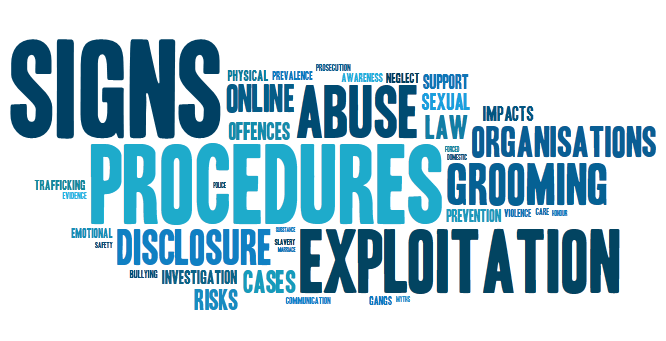 For two weeks in December, the HSCB organised for the theatre production of  Chelsea’s Choice to visit high schools in Harrow, both colleges, the youth development team and also they ran 2 workshops with staff from across Harrow. Over 2,700 young people watched the performances, 80 staff members in the professionals sessions, plus teaching staff on the day and 30 CSE Training champions.  The HSCB is currently collecting feedback from young people who saw the production but the report below was written by Stanmore College and the Harrow Youth Parliament created a short recording gathering feedback from young people who watched the performance.

What is Chelseas Choice?

Chelsea’s choice is an innovative 35 minute long theatre play highlighting the very serious and emotional issue of child sexual exploitation. The production shows how young people, boys and girls, are groomed by adults for the purposes of sexual exploitation using various methods, ensnaring young people and eventually taking complete control and dominating their whole lives. Students gained a better understanding of the devastating impact that sexual exploitation has on a young persons life

These are the key points that young from Stanmore College drew from the ˜Chelseas Choice performance:

The most important point for young people is talk to someone, staff at college/school, parents, someone at home, or a helpline such as #SaySomething or the police.

Normal friendships are healthy relationships you shouldnt have to change yourself, what you like or be turned against your family or friends.

Dont be afraid to tell a responsible adult its not your fault even if someone tried to make you believe it is.

You could have heard a pin drop in the Main hall at the College, such was the interest and attention shown by the young students. When it comes to safety and dealing with difficult situations growing up, this was certainly one of the most useful seminars the College has hosted.

L2 Student comments:
They need to go to every high school and college
Parents need to see this show
The actors were really good at telling it as it is for us today
I feel sorry for the girl in this story

L3 Learner comments:
it was wicked
Builds awareness for teenagers, abit younger than us
Good way to learn something through a drama
Before hand when we were told we were going to watch a play, we thought it was a joke, however when it came to watching it, everybodys opinion changed a lot.
Afterwards it spiked a big discussion between peers in my group.

Tutor comments on the performance:
Our students were totally focused on the performance. Actors were very loud in places, but this was necessary to get the point across. Pitched at this age group very well. Liked that there was a discussion and question time after the performance so that students could voice their opinions or concerns.

The helpline is run by the charity Missing People, in association with the National Working Group Network, and is funded by the Department of Education. Callers will be offered advice and, where appropriate, necessary or requested, access to the police to ensure protection and safeguarding.

Keep them safe: a free interactive tool for parents

Understand the issue of child sexual exploitation, know the signs and be equipped to act.

Helping you protect children and young people from sexual exploitation

As adults there is much we can do to protect our children from sexual abuse, including exploitation. This leaflet will help protective adults recognise some of the risks and vulnerabilities children face as they grow up as well as decide what they can do to help protect them

Its not okay for someone to manipulate you into doing sexual things for their own or someone elses benefit. If youre under 18, this is called child sexual exploitation and it is against the law.

This website contains information for young people, parents, carers, and professionals. Report child sexual exploitation to the police by dialling 101. If you or a young person you care about is in immediate danger, dial 999.