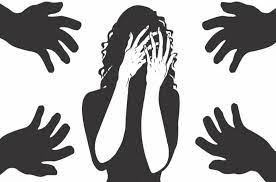 What is Breast Flattening or Breast Ironing?

The process during which young pubescent girls’ breasts are ironed, massaged, flattened and/or pounded down over a period of time (sometimes years) in order for the breasts to disappear or delay the development of the breasts entirely.

Breast flattening is the painful practice of bringing girls breasts into contact with hard or heated objects (which may vary in nature but may include stones, belts, pestles and heated implements) to suppress or reverse the growth of breasts by destroying the tissue. Breast flattening is often performed, particularly by family members, wishing to protect a girl from the appearance of puberty or being an adult woman in order to avoid any potential sexual interest, early pregnancy or sexual harassment or violence. There are potentially significant physical and psychological consequences and risks related to this practice.

Charities have estimated 1,000 girls in the UK have been affected by the practice, which doctors say can cause breast cancer, scarring, infections, breastfeeding problems, and psychological trauma.

What are the health consequences of breast flattening or breast ironing?

Due to the type of instruments that may be used, the type of force and the lack of aftercare, significant health and developmental issue may occur, such as:

There may also be an impact on the child’s social and psychological well-being.

Young pubescent girls usually aged between 9 and 15 years old from practising communities are most at risk of Breast Ironing. Breast Ironing is often a well-kept secret between the young girl and her mother; usually the father remains completely unaware this is happening, but not always.

When it occurs in the UK, unlike FGM where the girl is usually taken abroad for the procedure, Breast Ironing is typically carried out in the girl’s own home.

Those working with girls and young women, such as healthcare workers and school staff, should be trained to identify the signs and symptoms of girls who may be at risk of or have already undergone Breast Ironing.

Some of the signs that a girl could be at risk of Breast Ironing may include:

What are the signs that Breast Ironing has taken place?

CPS legal guidance makes clear to police and prosecutors that breast-ironing is a crime that can be caught under existing law, even if it is said that the victim has consented.

The offences to be considered by prosecutors include child cruelty and causing or allowing a child to suffer serious harm. Both crimes are punishable by up to ten years in prison. Assault charges would also be available to prosecutors, the guidance confirms.

Breast flattening is a form of child abuse.

Where a prosecutor is asked to consider an allegation of breast flattening the offences for consideration include child cruelty (contrary to section 1(1) Children and Young Persons Act 1933), causing or allowing a child to suffer serious harm (contrary to section 5 Domestic Violence, Crime and Victims Act 2004); and assault (contrary to sections 47, 20 or 18 of the Offences Against the Person Act 1861). Prosecutors will consider whether it can be proved, on the victims account and/or other evidence, that an assault in the form of breast flattening took place and if so, who participated (either as principal or secondary party) in the breast flattening. Medical evidence should also be obtained to establish the level of injury and therefore the appropriate charge. The fact of an injury can be established with other evidence but medical evidence should assist in understanding the true physical impact of the assault, given the physical and psychological risks.

The evidence that the assault was committed without the consent of the child may be clear. However, in a family context it may be that the victim consented because of a shared belief in the need to undergo the practice, or because the victim agreed to what the family proposed or the family aided and abetted the flattening. Prosecutors should challenge the raising of consent as a possible defence: it is not possible to consent to an assault where the injury caused is more than transient and trifling: R v Brown (Anthony) [1994] 1 AC 212. This is subject to strict exceptions of which, it is submitted, breast flattening is not one. Responsible adults who aid and abet a girl, as the victim, in breast flattening should also be considered for investigation and prosecution.

What to do if you’re concerned about someone

If you are concerned that a girl is at risk of breast flattening, a referral must be made to the local children’s services team.

If you suspect someone is in immediate danger, call the police on 999 now.

You should contact the Foreign and Commonwealth Office if the girl has been taken abroad:

If you’re a child, you could also speak to someone you trust, like a friend, a teacher or another adult.

A partnership between Barnardo’s and the Local Government Association (LGA) to improve FGM services.

If you are worried about a child: contact professional counsellors for help, advice and support call 0808 800 5000 or email help@nspcc.org.uk